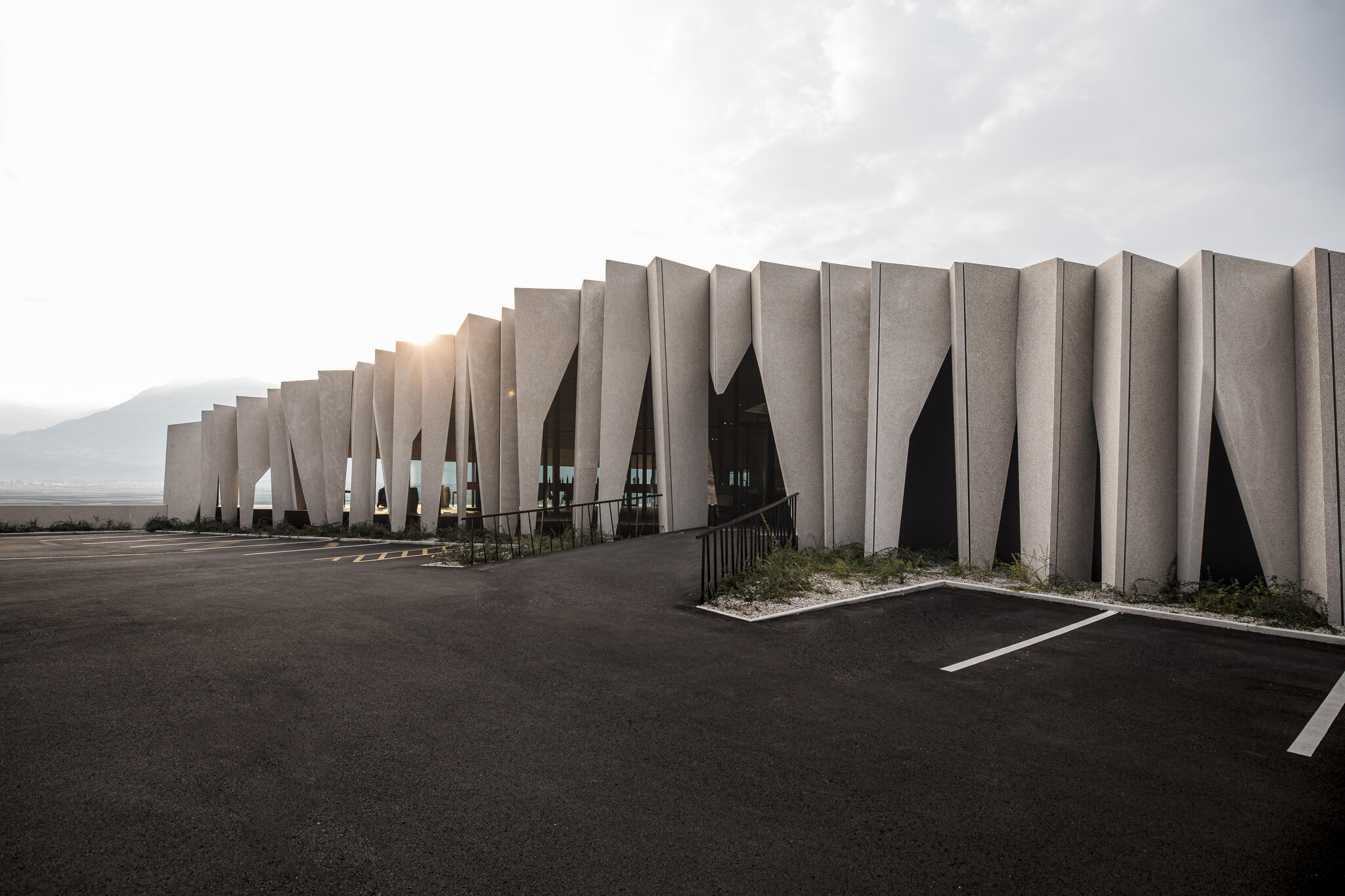 Vineyards on breathtakingly steep slopes from 220-900m a.s.l. - such a large difference in altitude within one municipality is unique in Europe. The low elevations are among the warmest in Alto Adige and are perfect for important red wines. On the high-altitude sites above the main village of Kurtatsch, the white varieties find ideal conditions. The wide array of elevations and soil types dictates the philosophy of the province’s southernmost cooperative: to produce distinctive wines that reflect their growing site, their terroir, in the best way possible.

A young team, since 2014 led by the winery’s president, Andreas Kofler, has oriented the winery towards sustainable management. Thanks to the 190 small-structured family farms that cultivate 190 hectares of vineyards, the best grape material for each individual location can be selected. This and the precise vinification of the individual vineyard sites create distinctive and unmistakable wines which truly reflect their place of origin. The result: fresh, mineral white wines from high locations and long-lasting red wines from warm locations. Vineyard by Vineyard. Wine by Wine.

Only ten hectares of Moscato rosa exist in Alto Adige. The grapevine is highly demanding. Much manual labor is necessary in the vineyard. Its blossom is female and is not self-pollinating. This often leads to poor fruit set and extremely low yield. The tiny, partially seedless berries contain breathtaking concentrations of aromas reminiscent of dried rose petals, candied strawberries and oriental spices. During its long, courageous period of skin contact, USHAS develops a spicy outline of tannins which melds harmoniously with the aromas of rose hips, cinnamon and orange peel. Extra-sweet finish with invigorating acidity.

Since the first decades of the 20th century, Pinot bianco has been the most important Alto Adige white wine. Favorable cool hillsides between 500-650 m a.s.l. are perfect for this wine; here it reaches its best. It develops its typical aromas of fresh apples and pears and keeps its racy, invigorating acidity. This makes the wine an unmistakable representative of its terroir. The vines grow on gravelly, limestone dolomite, making this a Pinot bianco which takes you by surprise with salty minerality in the mouth, lending the wine an additionally long finish.

Pinot Grigio is often grown at low elevations and machine harvested. Our Pinot Grigio Selection consists only of grapes harvested by hand from reduced-yield hillsides and steep slopes. The large temperature differences between day and night in these vineyards is the magic that lends the wine its distinctive aroma of white peaches, fresh flowers and citrus fruits. In the mouth, the wine is juicy and round. The creamy texture is complemented by fresh, animating acidity. This is mainly thanks to the higher-elevation Pinot grigio vines. An expressive wine with a mineral, salty finish.

Müller Thurgau is a cross between Riesling and Madeleine Royal. The vineyards are found solely at elevations between 750 and 900 m a.s.l.. Especially when nearing ripeness of the grapes, there are very large temperature swings between day and night. This gives the wine its distinctively fruity/spicy aroma of yellow peaches, mountain herbs and nutmeg. The peppermint-fresh acidity is harmoniously interwoven with the fruity body. This elegant, fruity mountain wine is perfect with flavorful first courses or as an aperitif.

Sauvignon vines prefer airy sites with limestone soils such as the steep slopes of Cantina Kurtatsch between 450 and 600 m a.s.l.. The evening fall winds provide cooling climate regulation. On these deep, gravelly dolomite chalk soils, a type of dainty Sauvignon develops that is reminiscent of elderflowers, gooseberries and exotic fruits. In the mouth it is balanced and juicy. The lively acidity gives its body a striking outline. Typical for this Sauvignon Selection is the salty notes on the palate, which draws the finish out in length.

The German name for Schiava, "Vernatsch", derives from Latin "vernaculus", "native", and refers to its far-reaching history in Alto Adige. The Alto Adige Schiava designations of origin referring to specific areas have remained unchanged over centuries: Lago di Caldaro, Meranese di Collina, Colli di Bolzano and Santa Maddalena are Schiava types with historical reference to their geographic area and with unmistakable terroir characteristics. Lago di Caldaro Scelto is a very smooth, lacy Schiava. The Mediterranean climate gives our Schiava silky tannins and plump, fruity body with pep from lively acidity. Its bouquet is reminiscent of cherries and small forest fruits, on the palate it is supple and juicy. Enjoy cooled to 13°C (55°F)!