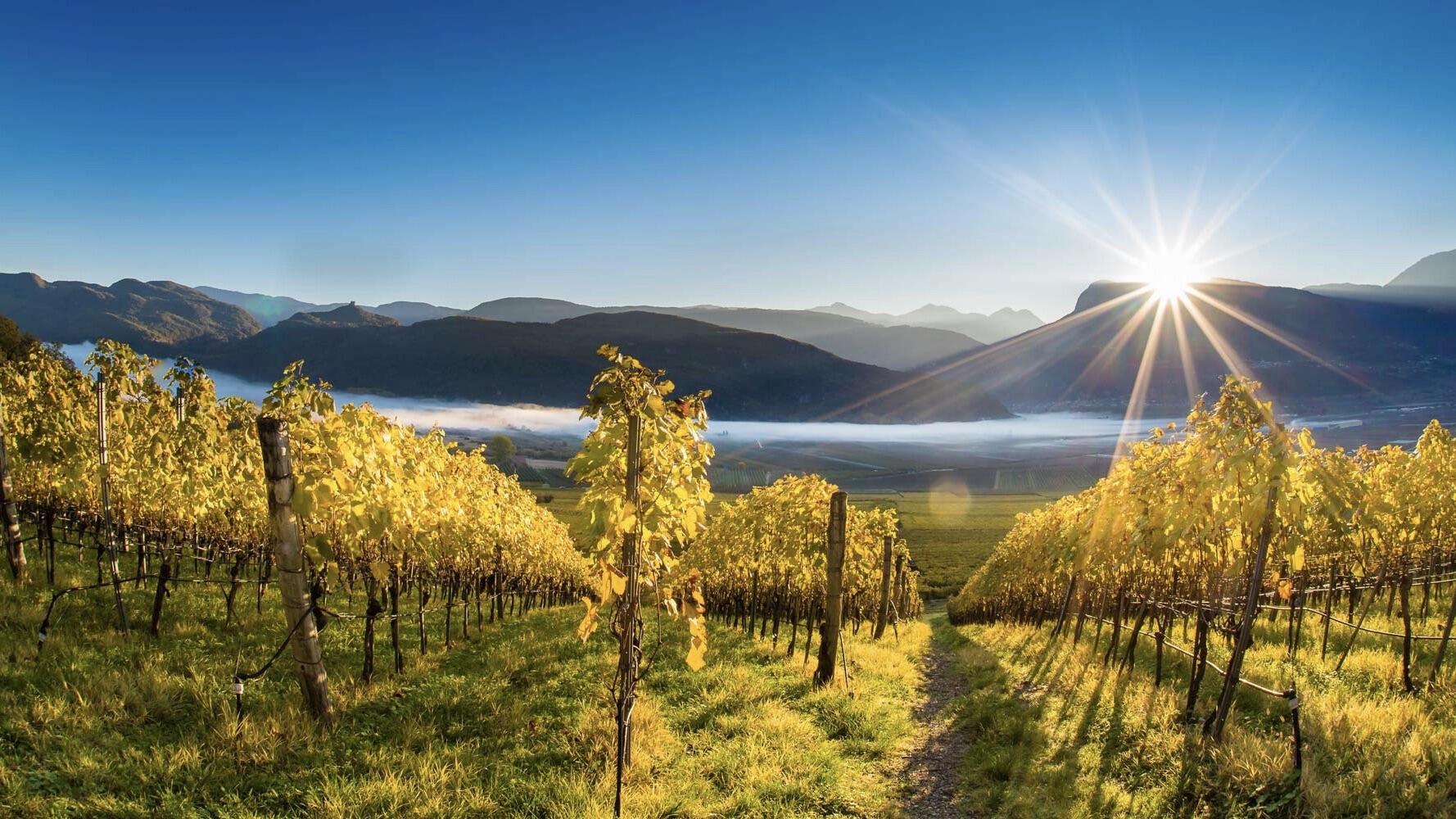 Josef Hofstätter operated a small restaurant in Tramin together with his wife Maria and produced wine in their cellar. Being business savvy and forward-thinking, he founded a winery in 1907 and successfully traded wine. Josef Hofstätter passed away childless in 1942 and his wife continued to run the business, assisted by their long-time employee, Konrad Oberhofer.

Konrad Oberhofer later married Maria Hofstätter’s niece, Luise, and eventually took over management of the winery. As a pioneer of quality wine production in Alto Adige, Konrad Oberhofer bottled his own wines instead of selling them in bulk. He also began to vinify single-vineyard wines. With this he lay the cornerstone for the philosophy of wines of origin at Weingut J. Hofstätter.

Paolo Foradori, son of a vintner family from Trentino, married Luise and Konrad Oberhofer’s only daughter, Sieglinde, in 1959. He brought the Barthenau, Oberyngam, Unteryngram and Oberkerschbaum wine farms into the family estate. Since then, the J. Hofstätter estate has been the only family winery in Alto Adige to own vineyards on both sides of the Adige River.

With the vinification of the Barthenau Vigna S. Urbano Pinot Nero, Paolo Foradori contributed significantly to the success of this grape variety in the Mazon vineyard. In Alto Adige and throughout Italy.

Martin Foradori Hofstätter, son of Sieglinde and Paolo Foradori, initiated an era of modernisation and expansion for the winery in 1992. In 1998, in the course of the remodel and expansion of the estate, the cellar tower was built. It stands quietly restrained next to the imposing parish church steeple yet remains a decisive feature of the village. In the following years a new wine shop, a show vineyard and, as a novelty in Alto Adige, an additional cellar with elegant concrete barrels were created. Besides Vigna Kolbenhof, Vigna Rechtenthaler Schlossleiten, a spectacular Gewürztraminer vineyard above Tramin, belongs to the winery.
His passion for Riesling led him to venture into the Mosel/Saar wine-growing region in 2014, where he now has prime Riesling vineyards with Weingut Dr. Fischer.

More recently, in 2017, he expanded into the neighbouring Trentino region to the south with the purchase of Maso Michei . This once again highlights the position of the J. Hofstätter winery as one of the largest family wineries in Alto Adige with unique, outstanding vineyard sites.

Martin Foradori Hofstätter is one of the most vehement advocates of the philosophy of origin in Alto Adige. He uncompromisingly pursues the firm establishment of the Vigna classification as a designation of quality and single-vineyard origin.