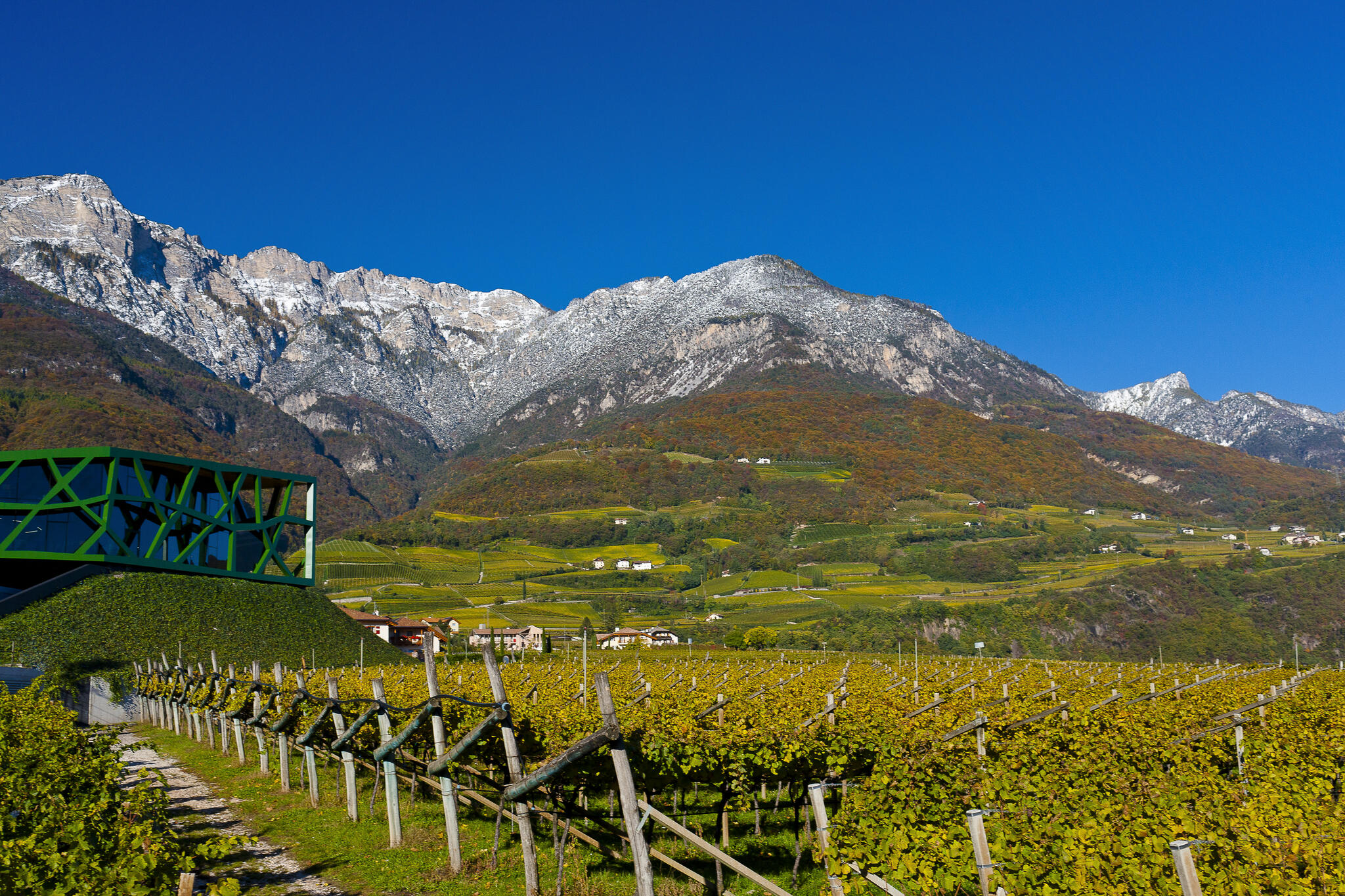 impressive with its typical bitter nuances on the palate, well structured, full-bodied and
velvety, with a touch of bitter cocoa and delicious forest fruits on the finish

altitude: 230 – 300 m
soil: calcareous and porphyritic gravel, sand and loam
age of the vines: 20 to over 100 years
slope exposure: west 50 %, south-west 40%, south 10%
climate: extreme interplay between sunny days influenced by the Mediterranean climate and
cool nights marked by the cold downslope winds from the surrounding mountains

After manual harvest, the grapes are delivered in small bins. Fermentation takes
place in big oak casks at a controlled temperature of 28°C and is followed by malolactic
fermentation.

The wine matures for 12 months in French barriques, followed by another 6 months
in concrete tanks. After bottling, Urban rests in the bottle for at least another 6 months.

Urban is a fantastic match for tasty and rich soups or for mature cheese and eggs;
also pair it with pizza or game; in combination with rare meat, roast beef or tenderloin it tastes
spectacular!

The grapes come from vineyards planted in calcareous clay and gravel soils. Its freshness and intense flavour can be surprising.

Nussbaumer is Italy’s most awarded Gewürztraminer. A wine where the elegance and spicy aromatics of this ancient variety find their maximum expression.

This Lagrein boasts a bouquet of violets and blackberries with hints of cherry and earthy notes and it's supported by powerful tannins and a long finish.

Epokale is the first Italian white wine to be awarded 100 points by Robert Parker’s Wine Advocate.

Stoan is a unique wine of its kind reflecting the complexity and potential of our region. It is a lively blend of Chardonnay, Sauvignon Blanc, Pinot Blanc and Gewürztraminer, born from the creativity of our winemaker.

The name Marjon stems from the calcareous rock layer overlooking the vineyards. This elegant Pinot Noir displays classy and seductive tannins, underpinned by zesty acidity and a fruity and juicy finale with an evident touch of spice.