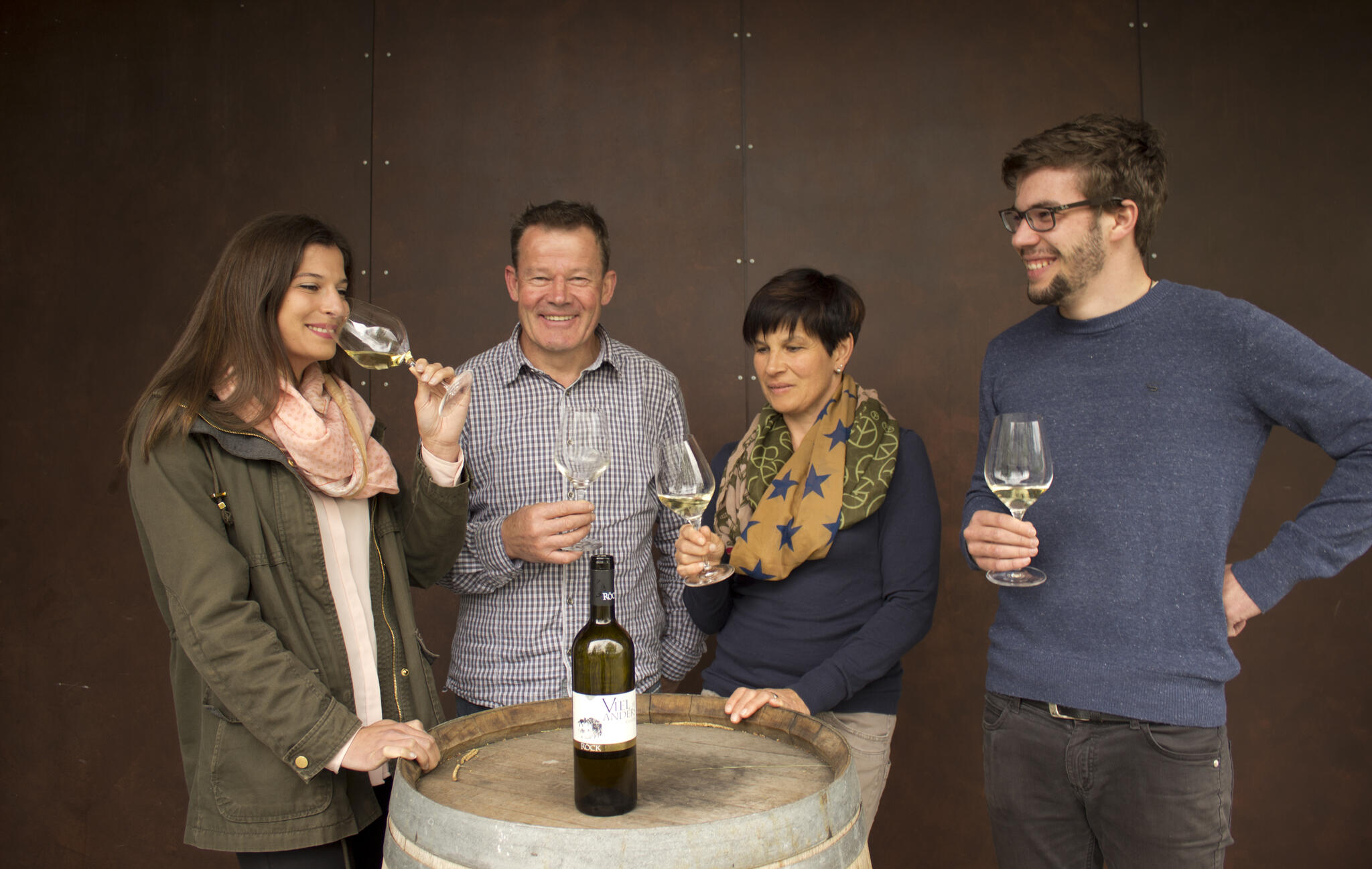 The winter months were exceptionally mild. April was too wet and also a too mild. May 2019 unusually cool - the coolest May since 1991. It was also cloudy with repeated rain. This led to a delayed flowering, which was followed by a hot June with a pronounced heat wave at the end of the month. August was warmer than average with balanced rainfall. September was slightly warmer than the long-term average. The most striking event was a winter onset up to medium altitudes on 8 September, which stopping potential rot. The main harvest began in mid-September. For the first time, we started picking earlier and avoided overripe grape material. 570 – 670 m | steep south-eastern slopes | gravelly quartz phyllite soils

roasted dishes and herbs such as sage and rosemary